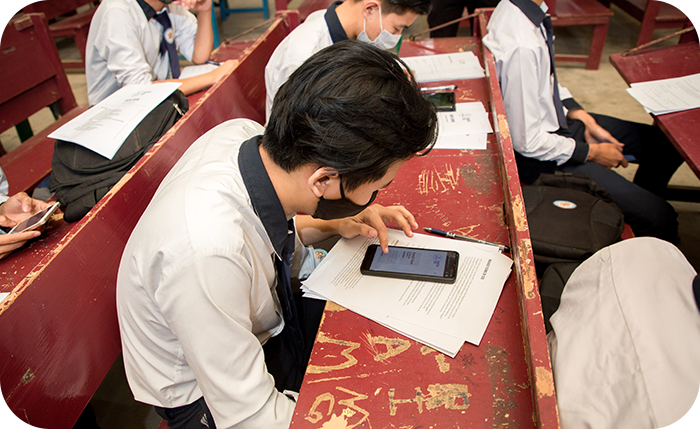 At HerStory’s Women on a Mission Summit, Shiroi Lily Shazai, Co-Founder of Naga Ed, spoke about the startup ecosystem in North-eastern India, the challenges she faced, and the importance of education as an emancipator.

Building an edtech platform out of Nagaland came with its fair share of challenges for Shiroi Lily Shazai. NagaEd, the company founded by Shiroi and her partner, is the first Nagaland-based startup to receive external investment.

“We’ve raised the first round of our pre-seed investment, and it will be the first Foreign Direct Investment (FDI) in Nagaland,” says Shiroi while speaking about this milestone.

In the North-eastern region, the startup ecosystem is just emerging. That’s what makes this investment in education incredibly special, both to Shiroi and to the larger region.

The events that led to Nagaed
To put things into perspective, Shiroi journeys back to the year 2017 when she was working in an NGO. Hailing from Kohima, the capital city of Nagaland, she was based out of one of the more urban areas. During this time, she worked in a small village called Pholami which is about 70 kilometres from Kohima. “It was a privilege that I was working at an NGO for a community and livelihoods program.”

At the village, Shiroi got the chance to interact with several farmers and made a friend too. Among the farmers, he was the only one who was highly educated, having studied commerce. The project was being funded by Tata Trust, and over the years they got to know each other well. Soon though, the project ended, and they went their separate ways.

“One day, I was sitting in my office, and he came over from his village and told me that he wanted to move to Kohima. I asked him why, and he said that he had four children. Now that the project was over, farming itself was not enough for him. The education that his children were getting in the village was also poor.”

Humbly, Shiroi and her partner helped him secure a loan and get a car to sustain his livelihood in Kohima. But nothing had prepared them for the shock they would receive that very year after he had moved with his children. “Unfortunately, someone had stolen his car and murdered him on the roadside.”

It’s a life-altering event that is hard to come to terms with for her, even today. For someone who had moved for a better life to be murdered over his taxi was beyond saddening. Why would someone leave their home behind, and move to other cities? For education and a sustainable livelihood.

And that was when Shiroi decided that she wanted to do something for her community in the education space. Naga Ed was founded so that Shiroi and her partner could use the privilege and resources they had with them to empower their community. After all, Shiroi says it best, “Education is the main emancipator.”

Call of the land
Although she is someone who has travelled through India, and even studied abroad, Shiroi felt a deep calling to go home to Nagaland. “As an indigenous tribal woman, the land and community that we come from is very close to our hearts,” she says.

Many women often learn and take away something from the women they see around them. For Shiroi, that inspiration came from her grandmother. She was the first and only woman in Parliament from Nagaland, and has made history as a woman in the political sphere there.

Growing up, Shiroi saw her grandmother give her all to the community until her last breath. It pushed her into wanting to come back home and serve the community just as those before her had.

“My home is my land, and I’m very proud of it. But for many young people, we’re looking at opportunities beyond our homeland, which is fair because we want a better education and jobs. But if we don’t come back, who will?”

How Nagaed empowers the community
When they set up Nagaed in 2020, Shiroi and her partner, Kevisato, were actively looking for solutions during the pandemic. What they found was that there are over 4000 edtech companies in India alone. So, when they spoke to schools in Nagaland, they discovered that there were already several offerings in this space. But even then, the schools, educators, and students using these solutions were very few.

“There was a huge gap in understanding these solutions,” says Shiroi, “So we knew that there was still a lot that had to be done for our people to understand what digital education is.”

Building up the platform started with a simple question – what did educators need? While students are adaptable and can learn things quickly because of the internet, the teachers are left behind in this process. It was them who needed to be empowered first. Naga Ed started with teacher training courses to bridge this. Kevisato worked in Melbourne and he recently moved back as well, so the founders were able to bring in advisors from Australia to work with the local Naga teachers.

From then on, there was a step-by-step process of customising the training course to fit the teachers’ needs. Naga Ed also has a digital platform where students can learn and educate themselves further.

In Nagaland, there are challenges unique to the region that are different from mainland India. And with recent years focusing too much on the negatives, Shiroi wants to impact lives meaningfully and create a positive conversation.

What Naga Ed does is that it provides offline content as well. “At any point that the student does not have access to the internet or device availability, they also have the option to go for printed notes in the form of content that can be uploaded on pen drives. Otherwise, if you look at the problem, there isn’t an ecosystem because Nagaland has one of the highest rates of unemployment, and the major employer is the government. So, there is no private sector.”

Yet despite the hurdles, Shiroi, Kevisato, and Naga Ed want to take the world as it is by trying to find the solutions for the challenges.

Shiroi’s advice to women leaders
“There’s enough success to go around,” Shiroi emphasises, “There’s so much to be done and sometimes we look at what others are doing, and we hold ourselves back. But there’s enough success to go around, so as women leaders it’s about taking that first step. It’s about going out and grabbing the opportunities that are there.”